If you’re thinking about getting a large video display, you’re probably trying to decide between a flat-panel TV and a projector. Of course, one of the most important factors in that decision is cost—and not just the cost of the display itself. You should also take into account installation, an audio system, and other expenses to determine the true cost of ownership.

Actually, there are three different types of displays to choose from: flat-panel TVs, long-throw projectors, and ultra-short-throw (UST) projectors. Let’s start by assuming you want a screen measuring at least 85″; smaller than that, and your only reasonable choice is a flat-panel TV.

The first cost is buying the display itself. TVs with screens measuring 85″ have dropped dramatically in price over the last couple of years; the lowest price I’ve seen is around $2000, and many are in the $3000-$4000 range.

Consumer-oriented long-throw projectors—that is, projectors designed to be placed across the room from the screen—are available at a wide variety of price points. I recommend spending at least $1500 for reasonable picture quality; the bang-for-buck sweet spot is in the $2000-$5000 range.

Unlike long-throw projectors, ultra-short-throw (UST) projectors are placed just a few inches from the wall and shoot up at a steep angle onto the screen, which offers several advantages; see “Benefits of UST” here [[[URL]]]. These start at about $1500, with the sweet spot in the $2500-$4000 range. A good example is the VAVA 4K Laser projector, which lists for $2799.

If you get a projector, you also need to budget for a screen. Now, you might be thinking, “I have white walls, I can just project the image onto one of those.” That’s okay as an entry-level solution, and it certainly saves you some money. But you’ll get a better picture if you can spring for a real projection screen.

Screens for long-throw projectors range in size from about 100″ to 150″, though they can be even larger. Prices encompass a huge range, depending on the size, material, whether they are fixed or retractable, whether they are solid or acoustically transparent, and other factors. For a 100″ fixed screen with a basic white or gray solid material, you can expect to spend at least $250, but it would look terrible in a room with some ambient light. If you want an ambient light-rejecting (ALR) screen, a 100″ fixed-frame version starts at about $500.

UST projectors require a special screen that typically measures 100″ or 120″, and it includes ambient-light rejecting properties. Prices for a 100″ UST screen range start at about $1000. Also, keep in mind that some UST projectors are sold with a screen as a package. VAVA plans to sell an affordable UST screen for its 4K UST projector in the near future.

Projectors have one major advantage over flat-panel TVs: a much larger image for around the same cost. For example, a 100″ projection screen has about 40% more viewing area than an 85″ TV, and a 120″ screen—which virtually all projectors can easily fill—has nearly twice the viewing area! That makes a huge difference on game day or movie night.

ProjectorScreen.com offers a super-handy calculator that offers lots of useful information. It lets you compare screen sizes and calculates the ideal and maximum recommended seating distances based on screen size and shape. It also calculates the dimensions of a screen based on any dimension you provide (width, height, or diagonal) and the screen’s shape, which is very useful for determining the largest screen that will fit in the space you have.

In addition, it calculates the brightness of the image you’ll see based on the light output of the projector and gain and size of the screen, which lets you know if the image will be bright enough to stand up to ambient light. Finally, you can select a specific projector model, and the calculator reveals throw distance, image size, brightness, and other info based on screen size.

Once you purchase your display, it’s time to install it in a room. For a TV, you can simply attach the included table-top stand and put it on a credenza or other surface, which costs you nothing but a bit of time and sweat—actually, a fair amount of sweat, since TVs measuring 85″ or larger are pretty heavy.

Alternatively, you can mount the TV on a wall, which is no small task for a DIYer—again, because large TVs are quite heavy. In that case, I recommend hiring a professional installer, which can cost around $200 or so. That normally doesn’t include the wall-mount hardware, which can cost $100-$500, depending on whether or not you want a simple mount or one that tilts and/or extends out from the wall with or without a motor. And mounting a TV over a fireplace can be even more expensive.

Long-throw projectors can be placed on top of a bookcase or other tall furniture at one end of a room, which costs nothing. The only thing to install is the screen, which is lightweight and thus relatively easy to hang on a wall.

If you want a more permanent installation, most long-throw projectors are hung from the ceiling. As with TVs, I recommend hiring a pro installer for this job, which will probably cost around $200. A projector ceiling mount can cost between $100 and $700, depending on the projector’s weight and the mount’s construction. And don’t forget to add the cost of installing a screen.

By their nature, UST projectors have very low installation costs. You simply place it on a credenza or other surface near the screen wall and adjust its precise position to align the image with the screen. Of course, you do need to hang the screen on the wall, which many people can do themselves.

Many long-throw projectors use UHP (ultra-high-pressure) lamps as their light source, and these lamps last only a few thousand hours at best before they need to be replaced. Depending on how much you use the projector, you could easily need to replace the lamp every year or so. And they ain’t cheap—most cost around $100-$300.

Of course, TVs do not use lamps, so this is not applicable to them. Most UST projectors use lasers as their light source, and because the lasers last up to 20,000 hours or more, lamp replacement is not an issue for them, either. Some long-throw projectors also use lasers, making this ongoing cost moot for them as well.

Now that you have a beautiful display, you’ll need an audio system to hear the soundtracks. Virtually all TVs have a built-in audio system, but the sound quality is almost always quite poor. You’ll get much better sound quality from an outboard soundbar, many of which come with a separate subwoofer. Soundbars can be as inexpensive as $50 or as much as $4000; the bang-for-buck sweet spot is around $200.

Most long-throw projectors don’t have a built-in audio system, and those that do provide woefully inadequate sound quality. So, buyers of such a projector need to budget for a soundbar. Many UST projectors, such as the VAVA 4K Laser projector, have a built-in soundbar, which works well because these projectors are placed at the front of the room.

As we’ve seen, the cost of buying a large video display involves more than the purchase price of the display itself. If you want a screen measuring 85″ or so, a flat-panel TV or UST projector are good choices, since they have relatively comparable costs or ownership—that is, if you don’t wall-mount the TV—and no lamps to replace.

However, if you want a screen measuring 100″ or more, a UST projector is your best bet. TVs of that size (98″ maximum) are far more expensive, while UST projectors can provide an even bigger picture, and many have decent built-in audio systems. Long-throw projectors incur extra costs for an audio system, annual lamp replacement, and possibly expensive installation.

Going big has never been easier or more affordable than going with a UST projector!

Keeping a Remote Eye on Your Little One, When Working Remote from Home 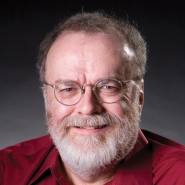 Lamps vs LEDs vs Lasers: What’s the Difference?