Home > Entertainment > Intro to BGM: The Secrets of Music in Video Games With the release of Overwatch and The Witcher 3 DLC, this summer may be one of the best times to get into gaming.  E3 has also announced some new titles from classics like Final Fantasy and Pokémon. With so much hype surrounding these new releases, it’s no wonder gaming has become one of the most popular forms of art and entertainment.  But no game nowadays is complete without its selection of background music.  For some, the BGM is a simple addition to video games that’s reminiscent of all their favorite childhood memories.  However, music has a much deeper and cognitive impact than you may think.

There’s no doubt that music can convey a certain emotion. Ever feel relaxed and ready to explore the open world around you?  The music is happy and full of energy, basically telling you that you are ready to start your adventure.  Ever feel your heart racing as you approach a boss battle or encounter a difficult puzzle?  The music rises slowly, getting more tense as you get closer to finally beating the boss.

Though you might not be giving your full attention to the BGM, they are secretly hinting at what you should do next in the game (basically free hints to get you going!).  When you hear an ugly accent as you approach the entrance to the cave, you know danger is coming.  When you hear the music calm down and a happy melody plays, you know you’re in a safe place.  When you grab an item and you hear triumphant symphony, you know that item is going to be important (anyone else play Legend of Zelda?)

Now you might be thinking “yeah the music may be playing but it doesn’t really change how I play the game.”  Well if it doesn’t affect your game play or performance, your brain still takes in the music.  Why is it that intense battles seem to increase your heart rate?  Sure, you’re at a pivotal section of the game that will change everything but the music further intensifies that.  You take in cues from your eyes, your hands hitting the buttons, and your ears hearing the sound effects and the music.  Just imagine how much harder these boss fights would be if you were listening to smooth jazz or the bouncy theme from Super Mario Bros!

Video game music has become so important and popular that there are now concerts by famous symphonies that feature the original soundtracks from these games.  The influence of music intended for the background is so much stronger than you might initially think.  Keep a sharp ear for the music during the next releases of No Man’s Sky, Pokemon Sun & Moon, and more! You never know what kinds of musical treasures are waiting to be found!

Take your gaming experience to the next level with our best-selling VAVA Voom now for only $82.99 ! 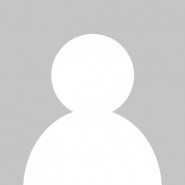 20 Awesome and Unique Gifts for Your Grad